धरा-आकाश For a Sane Smart City 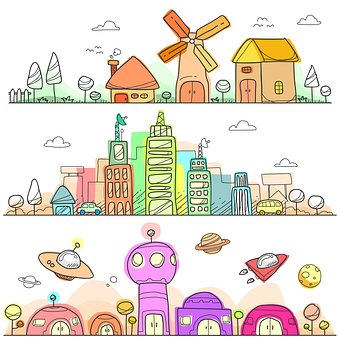 NDMC must be made to manage its own waste. It cannot be deemed smartness if it is allowed to transfer its waste to poorer localities.

Geography is destiny. It is especially so if it happens to be New Delhi Municipal Council (NDMC) area, the Lutyens’ Delhi. It is the epicenter that guides the spread of seismic waves of policy decisions. The path which this area takes to become a ‘Smart City’ will have lessons for all the cities of country including those whose political geography has not favored them so far.

While talking about smart city, Deputy Chief Minister, Government of Delhi said in the state assembly, “Setting   up   of   waste   to   energy   plants   is   being   promoted   by the Government for better disposal of municipal waste.” Such proposals demonstrate that like its predecessors and quite like the central government, Delhi Government too has adopted an improper method for dealing with municipal waste. Such plants are being set in NDMC areas as well.

“In this century of progress, with our knowledge of chemistry, and with the most complete machinery at our disposal, it seems to me like a lapse into barbarism to destroy this most valuable material simply for the purpose of getting rid of it, while at the same time we are eager to obtain these very same materials for our fields by purchase from other sources,” said Dr Bruno Terne, a Chemist in 1893.

The proponents of smart city in Lutyens’ Delhi should pay heed this advice and adopt integrated zero waste management waste practices which generate both revenue and livelihoods. NDMC must be made to manage its own waste. It cannot be deemed smartness if it is allowed to transfer its waste to poorer localities.

The daily per capita water supply in the NDMC area is 462 litres even as several parts of the NCT of Delhi areas get below 30 litres. The water supply of 150 litres per capita per day has been specified highest according to the norms of the government. In order to become smart, the area would need to be designed in such manner that their water footprint does not exceed the carrying capacity of the local ecosystem. It must retrieve and rejuvenate the water sources which have been encroached upon.

This author was present in a meeting when the Chief Secretary of Delhi had informed a visiting environmental health expert Dr Barry Castleman that asbestos, a known carcinogen has been banned in Delhi in the backdrop of a scientific conference at Maulana Azad Medical College in New Delhi.

As a follow up every building, vehicle and product in Lutyens Delhi must be made asbestos free given the fact that World Health Organisation has called for it elimination and over 50 countries have banned this killer mineral fiber that has caused an epidemic of incurable and fatal asbestos related diseases. How can area be deemed smart if it is laden with cancer causing fibers?

Issues of ecological space and democratic space are inextricably linked. The residents of NDMC must have a right to anonymity and right to privacy for a dignified life in order to resist assault on their civil, cultural, economic and social rights. An area under constant surveillance cannot qualify to be ‘smart’ as it deprives residents of the power to protest against injustice.

In order to be smart, the existing democracy deficit in the NDMC must be eliminated. The head of the smart city must be directly elected by the residents of NDMC. Indeed in a smart city, public space will have to be distributed equitably rather than it being privileged for the privileged. All the decisions regarding the region must be made following a truly democratic process and in no case in any illegitimate manner under the influence of national and international private institutions.

The ecosystem of a location determines access to basic services such as water, waste management, sanitation and energy. NDMC area has allowed itself to be chosen for the smart city makeover to insulate itself from waste, congestion, pollution, insecurity, infrastructural deficiencies and democratic demands.

Geography may have determined the destiny of NDMC area but unless Lutyens Delhi adopts sane, indigenous, environmental and democratic practices it cannot become a truly smart city in a civilisatonal and futuristic sense. Aping the myopic and toxic model of European, American and Chinese cities to become ‘smart’ would only pave the way for turning yet another location into a ghost city.

The tremendous influence of the elite may have been the reason why Lutyens’ Delhi has been chosen but NDMC residents will do well to recollect that walls of prosperity melt in times of crises. Pollutants are passengers without passport. Like nature, they don’t respect artificial boundaries.

*The author is a noted environmentalist and a law and public policy analyst. He is also the editor of www.toxicswatch.org