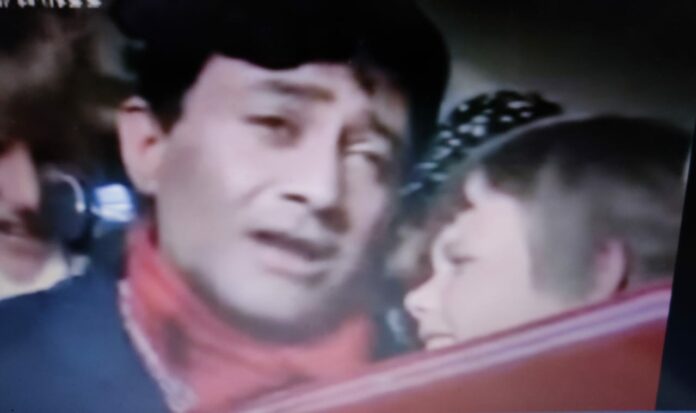 Poets are known to condense words in a manner that let people realize (later) that those were the words they were seeking, or were about to say to themselves or their loved ones. This timeliness is critical to poetry for retaining its refreshness, and in a sense its endurance. Poetry is what prose is not, imaginative but relatable at the same time.
Backed by such poetry, I continue to argue and perhaps for good reasons that songs based on rich traditions of poetry are literary nuggets. Although presented as musical lyrics, such songs stand out amidst plethora of others that are most often situational and written to match the script.

Other than Sahir, I can think of Neeraj who by far remained committed to his poetic genius even while writing for films. Even in his rare aberration ए भाई ज़रा देख के चलो (film: Mera Naam Joker) Neeraj did not let go his creativity as he wrote: गिरने से डरता है क्यों, मरने से डरता है क्यों. ठोकर तू जब तक न खाएगा, ज़िन्दगी है चीज़ क्या नहीं जान पायेगा. To me, poets are philosophers in their own right, letting simple words unravel life’s complexities.

Neeraj was recognized and awarded more for this poetry than songs, and yet his Filmi oeuvre stands out for his poetic excellence. Who can forget सुबह न आई, शाम न आई (film: Cha Cha Cha) prelude that has depth and dimensions: ….मगर प्यार को खोजने जो चला वो न तन ले के लौटा न मन ले के लौटा. Most of Neeraj’s work was musically rendered by Shankar-Jaikishan and SD Burman, perhaps they knew how best to deal with finer nuances of his word arrangements.

The essence of Neeraj’s poetry has been its enduring refreshness, and an irresistible fragrance. Let me leave you with a (rare case) poem composed as a song, that is how I think, with its rich and expressive vocabulary.
https://m.youtube.com/watch?v=Z7uezmrhdwg

The songs based on rich poetic traditions offer literary nuggets, says Sudhirendar Sharma, and therefore there is more to such songs than just lyrical music.