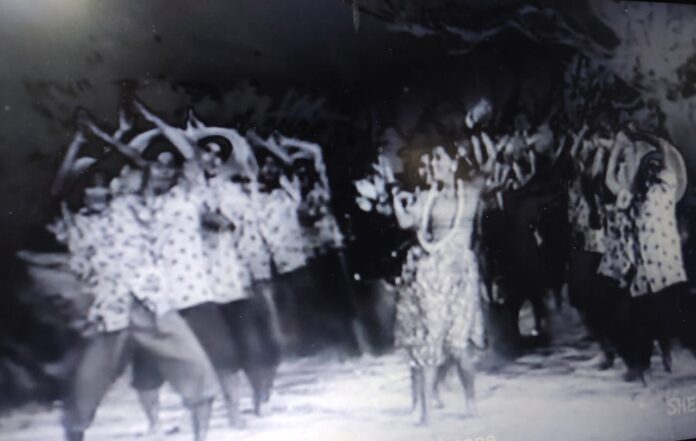 Clapping is as old as human existence. It is used to attract attention; to celebrate success; and, to express adulation. Be it guided (as in political rallies) or spontaneous (as during a performance), it holds immense value in our social existence, secular to cultures across the world as a distinct means of communication.

In music, it features without fail in ‘qawali’ as an interlude. However, it is secular to most other forms of music as well, from classical to western. While it is somewhat organic to qawali, in other genre it has emerged as a creative aspect that few music directors have been able to master with finesse. And, it has worked to carry the music forward.

I often wonder if ‘clapping’ is more than just a musical interlude, possible replacement for some ‘words’ that we only get to feel through ‘claps’. Don’t claps create an auditory illusion of hearing ‘some’ words? If this be so, I would call them ‘phantom’ words. There are many melodic pieces where you experience such merging of words and phantom words.

My sense is that OP Nayyar had composed the most number of songs with ‘claps’ being an important and integral constituent. Can you ever forget ये चांद सा रोशन चेहरा ज़ुल्फ़ों का रंग सुनहरा (Film: Kashmir Ki Kali, 1964)? So engrossed was Shammi Kapoor in this song sequence that he fell into the Dal lake at the fag end of the song (watch video to notice this unplanned fall). Another of Nayyar’s clap-composition that I have liking for is the hero’s love predicament in the dance sequence enacted on the stage. It may seem like a dance-drama हुज़ूरेवाला, जो हो इजाज़त, तो हम ये सारे, जहाँ से कह दें (Film: Yeh Raat Fir Na Aayegi, 1966) that Nayyar has weaved through this memorable composition.

In fact, through much of the 50’s through 70’s, clapping has featured in film music regularly. So much so that many disco numbers used ‘clapping’ to add variety. लीना लीना दिल तूने छीना (Film: Swarag Narak, 1978) and सारा ज़माना हसीनों का दीवाना (Film: Yaarana, 1981) are two of Rajesh Roshan’s memorable clapping compositions. I am sure it will remind you of many such songs out of your choice list.

But there is an iconic ‘clapping’ song that I cannot avoid bringing to your attention. It is a C Ramachandra’s composition from film Albela (1951). Even after 7 decades, it remains itched in many memories. Even if you heard it before, it is worth rewinding the past.
https://m.youtube.com/watch?v=xPBp45fKado