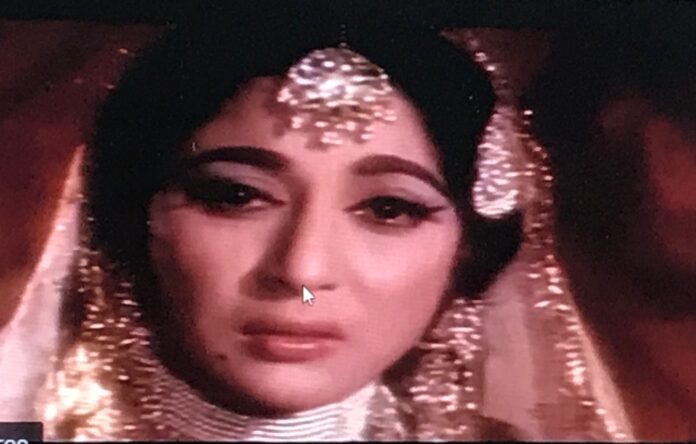 In my sustained engagement in understanding the impact of popular songs I have come to realize that popular film music has a long and layered history of engagement that cuts across cultural and ideological contexts. In doing so, it creates a kind of conversation with diverse audience(s) in the society.

My sense is that songs have an agency of its own whose intention and capacity for emotion is crucial in shaping a distinct relationship with its listeners. Songs create a deeply felt sense of mutuality, building a sense of relatedness between the creator and the audience.

The musical encounters are often intimate, stirring personal thoughts and emotions within the ‘virtual space’ of musical entanglements. The listener becomes co-participant in the meaning of words arranged as lyrics to espouse feelings. In the process, listener becomes one with the poet, musician, and the situation on the screen. Subject to the musical trajectory and the engagement it triggers, the longevity of reciprocal intent gets determined.

While acknowledging that lyrics often take the cinematic narrative forward, there is little doubt that a significant number of such compositions have stood alone in impact, and its following. Crucial is to understand how a relationality gets established in the process. Pick up your most favourite song, and you will get multiple reasons for its impact to be everlasting. At times, you may not be able to figure out any credible reason for it. That is the magic of music.

Writing their lived and felt  feelings, poets like Rajendra Krishan created a unique proximity with the listeners. The choice of words to express feelings created a form of relatedness from which there has hardly been an escape. How can anyone not relate to these words – जब-जब तुम्हें भुलाया तुम और याद आए – the feeling could be close to anybody and everybody. Intriguing is the fact that the ghazal is from a historical film, but the situation cuts across the time period.

This is the kind of relatedness that such cinematic rendition has been able to muster. Despite it being a courtesan dance, the range of feelings it conjures are indeed engaging. The king of ghazal Madan Mohan created an everlasting impact. The dance sequence in a Mughal court takes the viewer back in time. The settings, the movements, and the expressions offer a complete package. What’s more, the opening lines provide a narrative connection with the story, and yet these are immensely relatable  मैं तेरी नज़र का सुरूर हूँ , तुझे याद हो के ना याद हो तेरे पास रह के भी दूर हूँ, तुझे याद हो के ना याद होI

I will leave it here for you to make a sense of your judgement in interpreting such songs.