Geo-politics & Defence Women in the NDA – A Momentous Policy Shift 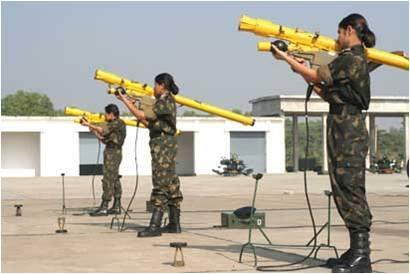 It is a landmark decision by the Honourable Supreme Court to permit the girls to appear for the NDA exam that is scheduled in November this year. It is a landmark event in many ways. Firstly, the girls could join the armed forces as officers only after graduation. They had no option to choose the military as a career as an undergraduate. A large number of bright and motivated women were missing out on the chance to join the armed forces at the impressionable age of 17 to 18 years. The motivation level after graduation is not what it would have been 3 to 4 years back, immediately after passing class 12th.

This is a policy shift as far as the outlook of the armed forces is concerned. This decision also paves the way to have more vacancies for the women officers and later on for induction of women officers in combat arms and commanding roles. However, this decision is just the beginning. A lot of hard work will be required by multiple agencies to make it work. Our systems are resistant to change. We are not psychologically conditioned to adapt to such changes overnight.  However, such decisions, when made inevitable by the order of the government or by the court of law, help us in getting over the mental blocks.

At the same time, we need to look at other related issues. Firstly, is the National Defence Academy or Indian Military Academy geared up to absorb lady cadets at a short notice? The answer is NO. Even if we have to increase the strength of these academies by say 50 cadets, it will require additional infrastructure and financial support to cater for the additional load.

Secondly, the number of vacancies in the pre-commission training academies is linked to the wastage rates (retirement and otherwise) of the respective services. Several changes will have to be incorporated in the HR policies to accommodate the increase in the number of cadets and change in the gender profile. The decision of the Honourable Supreme Court will pave the way for further refinement of the process and if we have to beat the timeline, then instead of sending everyone to NDA, we will have to look at other available options in terms of training infrastructure and other requirements. Officers Training Academy (OTA) at Gaya, can provide an interim relief till the time adequate infrastructure comes up within the premises of the National Defence Academy at Khadakwasla, Pune or an alternate establishment is sanctioned by the government.

In the days to come adequate vacancies will be created along with the vacancies of graduate entries in the respective pre-commission training academies, that is, the Indian Naval Academy, Ezhimala,  Indian Military Academy (IMA), Dehradun, OTA Chennai and Air Force Academy, Dundigal. This will bring about a positive change in the quality of women trainees. Three years of training at the undergraduate level is going to help the women officers condition themselves physically, mentally and psychologically for the stress of career as an armed forces officer. Women joining the combat arms will be the next logical step that needs to be taken. The air force has taken the lead in this domain by training and inducting women fighter pilots. One has to understand that these changes cannot be implemented overnight.

Currently, women are only joining the forces as officers. The exception being in the Corps of Military Police (CMP), where the first batch of soldiers has already been inducted. Women too have to take a call to opt for all entries including as soldiers before they ask to join the combat arms. This is not just the military’s mindset, it is the national mindset that has to change. We have to start trusting our women. The girls have proven themselves in all professional fields. Now it’s the time to prove themselves as good soldiers and commanders. It’s a tough task but not an impossible one.

For a counter view please read this article

Another point worth considering is the level of violence that the primary combat arms that are Infantry, the Armoured Corps, Artillery and Mechanized Infantry have to withstand and inflict upon the enemy. Woman-soldiers and officers will have to condition themselves to withstand the level of violence that may be required during the war and in other combat operations. They cannot be asking for leniency or dilution of selection, training and employment standards. Reservation of vacancies in any form is harmful to the nation’s security, and all parties have to understand that the armed forces of the nation cannot fail. We have to look at the future inductees with gender neutrality instead of gender parity.  My honest advice is that every applicant has to compete on the same and level playing field because the enemy will not differentiate between men or women. Wars have no runners-up. Either you are good, or you are dead.

The decision to induct girls in Sainik Schools from class 6th onwards is another step that will help girls in choosing armed forces as a career very early in life. A similar option at the undergraduate stage will provide them with sound career options and also condition to be future leaders.

Logistic and procedural barriers can be overcome if there is a political and conceptual will. The statement by the Prime Minister for entry of girls in Sainik Schools and the Supreme Court order, permitting them to appear for the NDA written exams, are indicators of a major policy shift. Naysayers will have their logic, but to me, it is just a matter of time when we have a balanced representation of both genders not only in the armed forces but in all fields.

*Colonel Amardeep, a 1993 Batch Infantry Officer, has served in the Indian army for 25 years. He has dealt with the subject of Information warfare, Media, and Social Media for over 10 years. He was an instructor in the Information Warfare Division at the Army war College, Mhow (MP). Col Amardeep is a poet also and you can see his poems here. Furthermore, he blogs at soldierwithapen.blogspot.com, www.soldierspeaks.wordpress.com